In the final analysis, men love being boys 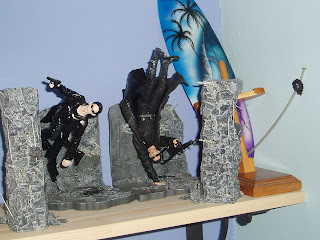 Big boys toys?
I was eavesdropping on some men at a small neighbourhood mall in Kuala Lumpur which are usually frequented by the powerful and the need to be seen. It was not that I really wanted to know what they were talking about but they were talking in whispers while looking around making it irresistable. I am a good eavesdropper as I have learned long ago that is the best way to know what was going around in campus without people knowing you know anything at all. It also mean when I am with my politician friends, I get to know new things without them knowing that I know.
In one of the table, I can hear the strategies being discuss for that group of men to take over the highest hierachy of an important society in the country. That particular society is known as an extension of this one political party which has been in existence since the existence of Malaysia itself. I heard the word, "Let us let our lawyers do their part in challenging the legitimacy of last election while we get the support of the other members for the next election". One seems to be the leader while the others were more of the followers. One of them keep glancing around each time there was anyone making any movement at all within one meter radius of their table. If the one talking is Barack Obama, this guy would be the secret agent who is willing to throw himself in front of the bullet.
When I saw these men talking, and then calling out to others around the area as if they own the place and then if someone important walk past, they would stand up and went to them to show their appreciation to this person, what I could see are boys playing in the playground. As much as these men are people who can move the nation to kowtow to their needs and even to some extent make people jump at their command, they are just like some kids trying to protect their turf and trying to win new turfs. When someone with enough clout joined their group, their laughter will be heard nearly the whole restaurant. Boisterous is an understatement.
In short, men, no matter how powerful or how high their office are, will always be that boy with their toys running around their house trying to get away from their mother. That toy? Has changed to gadgets such as cars, Vertu phone and even those occasional mistress. The mother? That is where the arm of the law comes in... 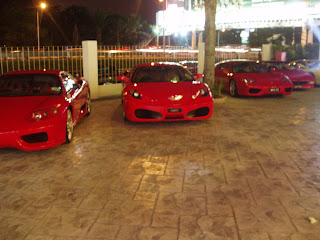